On the Monday 30th May 2022, a letter was sent to all families who have children at the New City College Stepping Stones Nursery, based on Ardleigh Green Road.

The letter revealed that the nursery would be closing on 31st August 2022.

The letter mentions a lengthy consultation, but fails to give details of who was spoken to, parents indeed were not.

Havering Lib Dem press officer Tom Clarke lives opposite the college, his daughter currently attends the nuresery and is one of the families impacted by the closure.

"This is a nightmare for all the families who have children at the nursery, there are now 43 spaces being sought out across the borough by desperate families who need childcare. That this is happening at the same time as the cost of living crisis means that families in the local area are being hit even harder. Joining a new nursery is not a cheap venture, many require a lump sum deposit, and increased costs are inevitable. Having used Stepping Stones for both my son and daughter we are lookign at an increase of 50% per day in costs - IF we can track down a nursery that has space - we have contacted several who do not have any avaiability until Septermber 2023." 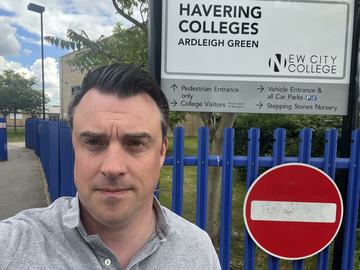 Please show your support by signing below.