Ban All Forms of Conversion Therapy

Conversion therapy should have been banned years ago. It is offensive, abusive and dangerous. Sexual orientation or gender identity is not a problem to be treated and 'cured'. It's who we are.

We call on the British government to make all forms of conversion therapy illegal without further dither or delay, and without any limitations and loopholes. 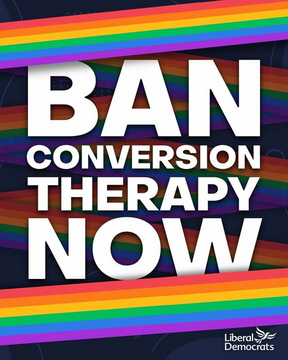