Petition: save the 143 link to Highgate Village! 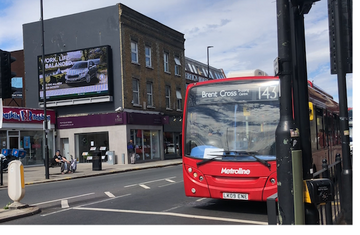 Barnet Liberal Democrats are calling for a complete rethink of planned changes to the 143 bus route.

Transport for London is planning to reroute the 143 bus so that it no longer goes through Highgate Village. It's a plan which benefits no one -- it's all about cutting costs to deal with the hole in TfL's finances.

You can see a map of the proposals here.

This scheme is bad news for Highgate residents (in Haringey/Camden boroughs). But it is also unacceptable for Finchley residents, who will lose direct access to Highgate, with its schools, shops, restaurants and cafés. People coming from Finchley and Hendon would also need to change buses to get to the Whittington Hospital.

Instead, TfL wants the143 to go via the Archway Road to Highgate Station -- which is pointless as there is already a tube link there.

Liberal Democrats are working cross-borough to fight the destruction of bus services to and from Highgate. We are co-ordinating with your Lib Dem representatives on the London Assembly to get TfL to see sense.

And we need your help. If you live in Barnet, please sign our petition against the changes to the 143 bus route and make your voice heard. Barnet Liberal Democrats will collate all the responses and send them to TfL as part of its ongoing consultation which closes on 9 January.

See here for links to official consultation documents from TfL.

Sign our petition to save the 143 link to Highgate Village

We the undersigned oppose TfL's plans to reroute the 143 away from Highgate Village. As Barnet residents, we rely on the 143 as a direct link into Highgate. The proposed switch to a route that goes via the Archway Road is not acceptable.