Say no to sewage in Derbyshire's rivers 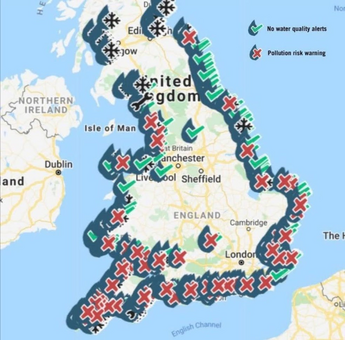 Water companies are dumping thousands of litres of raw sewage into Derbyshire rivers each year.

In some parts of Derbyshire, untreated sewage is being released into the environment for most of the year. Take a look at this map to see how often sewage is being dumped into a river near you.

Last week 265 Tory MPs voted to relax the regulations and allow further dumping of sewage not just from storm flows but also if chemicals were not available to treat the waste (such as Brexit causing problems with deliveries).

It is time we put an end to this disgusting practice. Add your name to our petition, and help us demand urgent action from the Government, the Environment Agency, and water companies.