Chelmsford stands up against discrimination 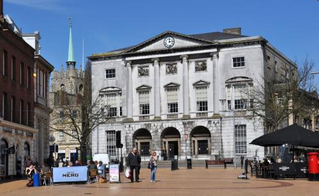 We are deeply concerned to hear increasing reports of physical and verbal attacks on minority groups in communities across Britain.

The Liberal Democrats are calling on Chelmsford City Council to send a very clear message to all EU citizens living in Chelmsford: you are welcome here; and to all minority ethnic British citizens that you are an equal part of our community. This community belongs to all of its residents equally.

Said Stephen Robinson - Leader, Chelmsford City Council Liberal Democrats, ""People from Europe and indeed all parts of the world have helped shape Chelmsford over the decades, especially during and since the Second World War. They make it a thriving city.

"All of us, but especially elected representatives, should be ready to speak out against discrimination between social groups whenever we see it."

We the undersigned welcome EU citizens to this country and the contribution made by them - and all the different ethnic groups among our diverse British nation. We stand up against discrimination, in whatever form